The HD-DVD for Superman II: The Richard Donner Cut finally arrived in my mailbox yesterday from Blockbuster. I have been waiting to see this cut of the film for years, and was excited to know it was finally being release on DVD and HD-DVD. Of course I opted for the HD-DVD version since it will be the highest quality version available.

First of all, this film is a lot better than the original Superman II. Of course there are still many cheesey spots, but that's ok. :) Maybe if this was the version released III and IV wouldn't have been so horrible. There is a ton more Brando as Jor-El (if only someone would have told him how to say Krypton) and that's a good thing. There is a lot more interaction between Clark and Lois, and there is even more Miss Teschmacher. There is plenty of new footage, and many new lines worked into the movie. I'm definately going to watch it again, and probably not ever watch the Lester released version again.

2. Zebrahead - Broadcast to the World

3. My Chemical Romance - The Black Parade

I was finally able to see Monty Python's Spamalot over the weekend at the Fischer Theater in Detroit. I tried to see it a couple of years ago in Chicago during it's opening run, but was unable to get tickets for a decent price. I was then holding off until I could see it in Vegas, but it came to me instead and was here for a six week run. I purchased tickets back in October, and I couldn't wait for the date to come around so I could see the show. :) Now onto the review:

Well first off, I really enjoyed it. I've never been to a musical before, and I had a great time. The Fischer Theater is on the first floor of the Fischer Building on Grand Boulevard in Detroit. It's a very old and interesting building. The theater was intimate and we had great seats in the first row of the mezzanine. Of course there were two idiots sitting right behind us. You know the type that repeat everything that was funny out loud, why do people do that? Back to Spamalot, there were a lot of great quotes from Monty Python and The Holy Grail and all the great scenes are acted out live with musical numbers. Including the Swallow Coconut opening scene, The Black Night, Bring out your Dead, The French Taunter, The Knights Who Say Nii, etc... They really did a good job of re-creating The Black Night scene, it is one of my favorites from the movie, and I really enjoyed watching the live action version. A couple of the songs were absolutely hilarious and politically incorrect (a perfect combination in my opinion). The performances by the actors were very good, along with the sets. I was really looking forward to this being my first musical. I figured it was a good one to check out, since I am a Monty Python fan, especially of Monty Python and The Holy Grail. If you are a Monty Python fan you definately have to check it out. Even if you aren't you can have a very good time.
Posted by GTuck at 11:46 AM 2 comments:

This Pic makes me laugh for some reason so I thought it would be my first post. :)
Posted by GTuck at 11:04 AM No comments: 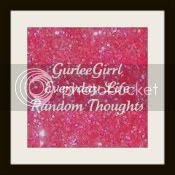